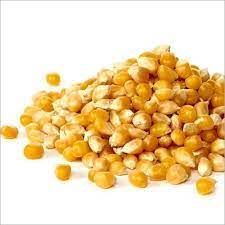 Yellow corn seeds or scientifically identified as Zea, belongs to the Gramineae grass family. It is a particular sort of grain crop, often considered as a vegetable when harvested young. The stalk of the yellow corn proffers seeds or kernels which are botanically regarded as the fruit of the plant.

Yellow corn seeds are generally regarded as a type of sweet corn. These corn ears come in tightly wrapped husks alongside silk like tassels outstretching from the tip. The newly harvested yellow corn seeds are typically ripe and sweet, rendering a blended flavor of sugar and almonds. 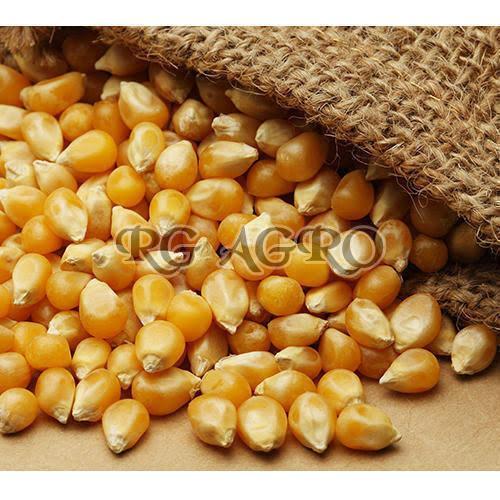 Generally, there are four varieties of the yellow corn seeds.
The first variant of the yellow corn seeds available in the markets is the sweet corn having a sugary essence.
Popcorns are another type of corn having soft starchy seeds having a hard golden kernel at the centre.
Indian or Flint Corn is another type which comes in a number of colours such as red, blue, white, black and gold. It is often grown in Central and South American regions.

Another type of the yellow corn seeds present in the market is the Dent Corn Seeds which is usually yellow and white in colour. Often it has a dent on the tip of the kernels. The dent corn serves the purpose of feeding the animals. It is also put to use for manufacturing few culinary dishes such as grits and tortilla chips.

• As per the Yellow Corn Seeds Suppliers, corn seeds are the mostly preferred snacks for the parties, picnics or movie nights and are often enjoyed by people of all age groups. These Yellow corn seeds are rich in a nutrient and have numerous health benefits.
• The kernels of the yellow corn are rich in cartenoids, chiefly beta carotene, which is regarded as a rich source of Vitamin A which improves eye health. These corn seeds are also rich in Vitamins B, E AND K and minerals such as magnesium.
• Having corn seeds and corn grain products rather than processed foods would aid in improving gut health and reduce the chances of heart diseases and diabetes.
• The rich fibre content in the corn seeds helps an individual staying full for a longer period of time.
• Various research and studies have pointed out a fact that consuming popcorns have reduced the chances of diverticulitis which is a medicinal condition which leads to the formation of pouches on the walls of the colon.

The corn seeds can either be boiled or roasted or grilled on the cob. If a person is running short of time, the corn seeds can be prepared in the microwave as well. The seeds can be added alongside vegetables in soups and stews. Frozen or canned corn might be a good alternative for the fresh corns; however, it should be consumed within five days in order to savor its taste .

This entry was posted on February, 01, 2022 at 17 : 47 pm and is filed under Corn Seeds. You can follow any responses to this entry through the RSS 2.0 feed. You can leave a response from your own site.