All You Need To Know About Yellow Maize Seeds 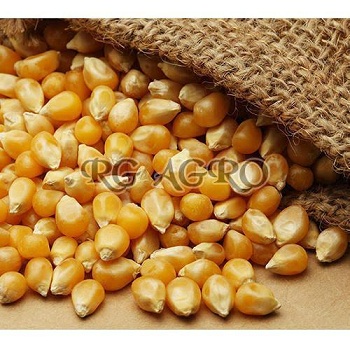 Cultivated first by the indigenous peoples of South Mexico, Maize is a cereal grain. This cereal grain is also popularly known as corn. Maize is considered a staple food in different parts of the earth. The total amount of production of maize exceeds the rice or wheat production. Maize plants are intolerant of cold, and therefore must be planted the season of spring. This cereal crop is grown mainly in the temperate zone.


This cereal is directly consumed by humans. Not only this, a number of products are produced from maize, for example, corn ethanol, corn syrup, corn starch etc. It is also used as animal feed. In India, maize is cultivated all over the year. Maize accounts for 9% of the total production of maize in the country.


Corn consists of a large number of antioxidants like zeaxanthin and lutein. It helps in protecting the delicate eye organelles from preventing vision disorders and damage and other age-related degeneration of the optic muscles. The amino acid in corn serves as the source of proteins that revives hair and skin. Isoleucine and valine help repairing injured muscles. Threonine helps to form teeth enamel.


Natural calcium looks after bone health in children. Carbohydrates and calories are responsible for instant energy. Corn is also rich in fibre content that helps weight loss and treats obesity. Corn is also recommended as a powerhouse of iron which is highly helpful for people suffering from anaemia and boosts levels of haemoglobin.


Originated in America, maize is one of the most widely cultivated cereals. This cereal was later cultivated in Asia, Africa and Europe as well. There are about five types of maize that bear distinctive uses and characteristics.


The main uses of yellow maize seeds are human consumption and as animal feed. About 75 to 90 per cent of the total maize production is engaged for feeding animals like pigs, cattle, poultry, sheep and horses.


There are different companies in India that are referred to as leading yellow maize suppliers India. These companies procure a wide variety of maize seeds of high quality directly from the farmers. They have an entire team for quality control for looking after the condition of these food products.


These yellow maize suppliers offer these cereals at highly competitive rates at rupees 18 to rupees 22 per kilogram. The yellow maize seeds are applied as both human food and animal food, these crops contain gluten. These cereal grains come with a shelf life of 1 year.

This entry was posted on April, 30, 2022 at 16 : 31 pm and is filed under Yellow Maize Seeds. You can follow any responses to this entry through the RSS 2.0 feed. You can leave a response from your own site.